Epistemology of the Closet (Updated with a New Preface) 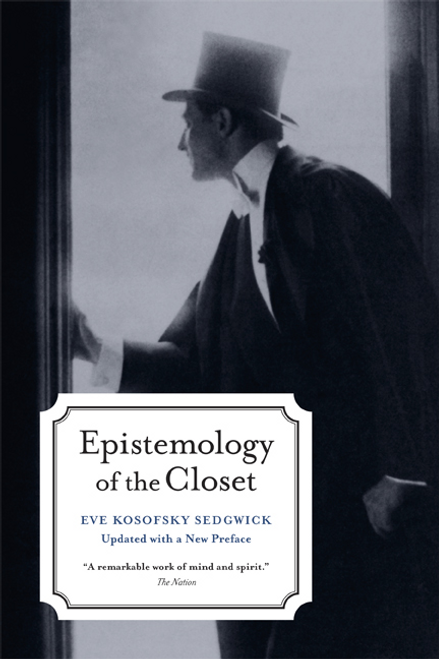 Since the late 1980s, queer studies and theory have become vital to the intellectual and political life of the United States.

This has been due, in no small degree, to the influence of Eve Kosofsky Sedgwick's critically acclaimed Epistemology of the Closet. Working from classic texts of European and American writers—including Melville, James, Nietzsche, Proust, and Wilde—Sedgwick analyzes a turn-of-the-century historical moment in which sexual orientation became as important a demarcation of personhood as gender had been for centuries. In her preface to this updated edition Sedgwick places the book both personally and historically, looking specifically at the horror of the first wave of the AIDS epidemic and its influence on the text.

"No book I have recently read is as successful as Sedgwick's in making provocative connections between literary acts and social dynamics."-The Nation

"Pioneering and rewarding. Sedgwick has zeroed in on the taboo area of male sexuality, and the architecture she exposes is stunning."-Boston Globe

Tom of Finland: An Imaginary Sketchbook

An Accidental Icon: How I dodged a bullet, spoke truth to power and lived to tell the tale