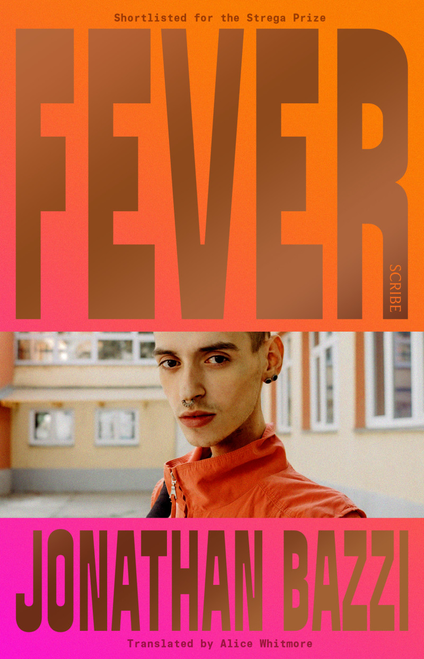 Jonathan is 31 years old, living in Milan with his boyfriend of three years and their two Devon Rex cats when, on a day like any other, he gets a fever. But unlike most, this fever doesn’t go away; it's constant, low-level, and exhausting. After spending weeks Googling his symptoms and documenting his illness, he finally sees a doctor. A series of blood tests, anxious visits to hospitals, and repeated misdiagnoses ensue, until his doctor suggests an HIV test, and the truth is finally revealed: Jonathan is HIV-positive.

As Jonathan comes to terms with what this diagnosis will mean for him, his future, and his relationships, he also takes the reader back in time, in search of his history, to the suburbs where he grew up, and from which he feels he has escaped: Rozzano, the ghetto of Milan, and of Italy’s north. In the vein of Edouard Louis and Virginie Despentes, Fever is at once a deeply personal story and a searing examination of class, poverty, prejudice, and opportunity in modern Europe.

‘Bazzi captures the longing, the wounds, and the joys of growing up queer and working class in 1980s Milan — and what it means to recalibrate your world amid the aftershocks of a life-changing diagnosis. I read it in a single sitting.’-JENNIFER DOWN, AUTHOR OF BODIES OF LIGHT

‘Jagged and tender, forthright and sly, this book felt so committed to its fierce, wise vision of the joys and terrors of having a body and living a life. It tells us real things, in a rich voice, with force and passion and insight. I couldn't put it down.’ - RONNIE SCOTT, AUTHOR OF THE ADVERSARY