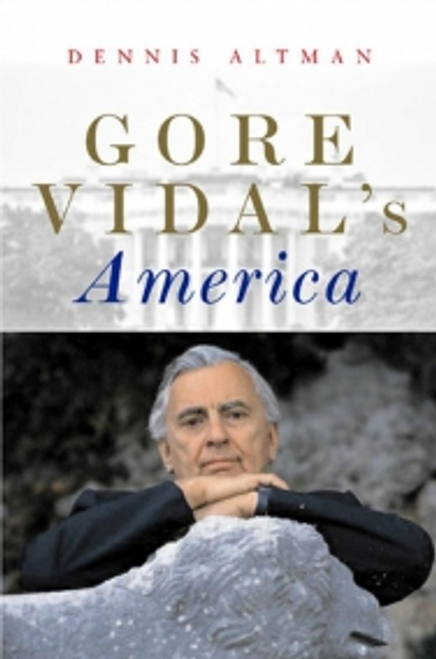 Gore Vidal is one of the most significant American writers of the second half of the twentieth century, having produced a large number of best selling novels, essays, plays and pamphlets which have impacted on major political and social debates for fifty years. He is both a serious writer and a television and movie celebrity, whose increasingly acerbic picture of the United States guarantees he is both revered and reviled.

Gore Vidal's America examines the ways in which Vidal's writings on history, politics, sex and religion throw into focus our understandings of the United States, but also recognizes his versatility and inventiveness as a creative writer, some of whose novels - Julian; Myra Breckinridge; Lincoln; Duluth - are among the important literary works of their time.

Ranging from Vidal's early defence of homosexuality in The City and the Pillar (1948) to his most recent writings on the war in Iraq, this book provides a unique perspective on the evolution of post-World War II American society, politics and literature. As Altman writes: "Difficult not to see in the results of the 2004 elections, where the Republican right gained in both the White House and the Senate, proof of Vidal's worse fears, namely that the impact of imperial adventure, big money and religious moralism would increasingly imperil the American Republic."

"Altman's book of evidence is neither biography nor autobiography, as he says, but a study deeply indebted to its subject. He has a long personal acquaintance with Vidal and a profound appreciation of his daring writing on sex and gender, confessional and transgressional ... He is especially good on the 'aggrieved patriot', saddened and angered at what his country has come to."-- Alex Danchev, Times Higher Education Supplement

"Dennis Altman has certainly evoked with great thoroughness a now lost world – American and European – ranging from Depression to World War II to the decline of the Hollywood studios to the rise of global television, not to mention that global empire to which his protagonist stands so edgily aslant."-- Gore Vidal

"Dennis Altman, it turns out, is the perfect person to write a study of Gore Vidal. A revolutionary thinker in his own right, a long-time friend of Vidal, an Australian, Altman has the ideal perspective on America’s grand old expatriate of letters and politics. In this exciting portrait Altman gives us Vidal alive and well and more radical than ever. This is a profound picture of Vidal’s thought, not just a trivial biography of his quirks."-- Edmund White

Queen of the Walk - Signed Copy