Harlots, Whores & Hackabouts: A History of Sex for Sale 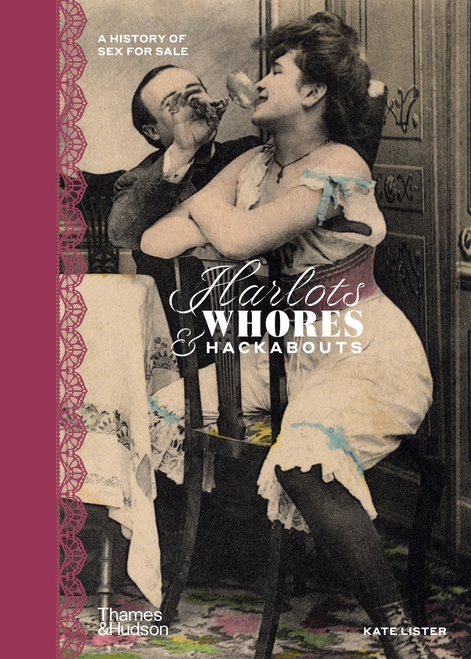 The history of selling sex is a hidden one, its practitioners a ‘damnable crew’ pushed to the margins of history. Harlots, Whores & Hackabouts redresses the balance, revealing the history of sex for sale, from medieval back street to Wild West saloon, and from the brothel to state bedroom. This enthralling history is brought to life by Kate Lister’s witty and authoritative text, and illuminated by a rich archive of photographs, artworks and objects.

Structured thematically in broadly chronological order, the book introduces a lively cast of complex and entertaining characters operating in an array of different periods and settings. The Mesopotamian harlot Shamhat was powerful and respected, able to civilize the wild man Enkidu through her charms. In medieval London Elizabeth Moryng serviced clergy under the guise of an embroidery business, though was eventually jailed for being a prolific procuress and bawd. In Renaissance Venice the courtesan Veronica Franco published her poetry, rubbed shoulders with royalty and founded a charity for other courtesans. In the hedonistic floating world of Edo, Japan, kabuki actresses and then geishas entertained and pleasured their patrons. Three men were hanged in 18th-century London for buggery after being found in the Molly House of Margaret Clap. And at the turn of the century, in New Orleans, Lulu White ran Mahogany Hall, a four-storey building that housed up to forty sex workers.

Lister’s illuminating tales invite readers to look, listen and reconsider everything they thought they knew about the world’s oldest profession.

With 450 illustrations in colour