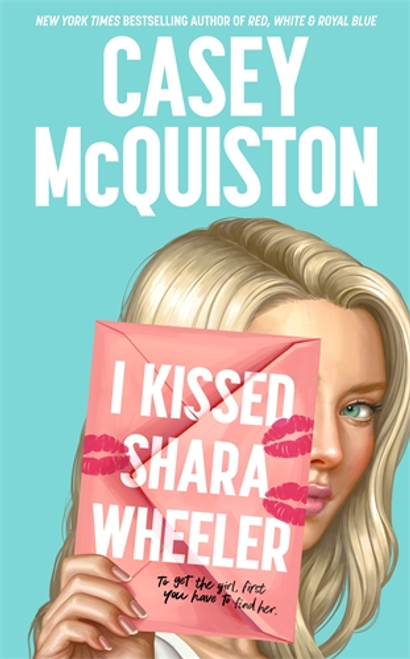 From the bestselling author of Red, White and Royal Blue and One Last Stop comes a debut YA romantic comedy about chasing down what you want, only to find what you need . . .

Chloe Green is so close to winning. After her moms moved her from SoCal to Alabama for high school, she's spent the past four years dodging gossipy, classmates and a puritanical administration at Willowgrove Christian Academy. The thing that’s kept her going: winning valedictorian. Her only rival: prom queen Shara Wheeler, the principal’s perfect daughter.

But a month before graduation, Shara kisses Chloe and vanishes.

On a furious hunt for answers, Chloe discovers she’s not the only one Shara kissed. There’s also Smith, Shara’s longtime quarterback sweetheart, and Rory, Shara’s bad boy neighbour with a crush. The three have nothing in common except Shara and the annoyingly cryptic notes she left behind, but together they must untangle Shara’s trail of clues and find her. It’ll be worth it, if Chloe can drag Shara back before graduation to beat her fair-and-square.

Thrown into an unlikely alliance, chasing a ghost through parties, break-ins, puzzles, and secrets revealed on monogrammed stationery, Chloe starts to suspect there might be more to this small town than she thought. And maybe – probably not, but maybe – more to Shara, too.

Fierce, funny and frank, Casey McQuiston's I Kissed Shara Wheeler is about breaking the rules, getting messy and finding love in unexpected places.

“I Kissed Shara Wheeler is an unfettered joy to read. It’s a love story starring two brilliant, ruthless queer girls who fight for what they want, and woe to any unjust authorities that stand in their way. McQuiston’s stories emphasize the power of queer community, and here a found family coalesces like the plans for an exquisite heist. Somewhere out there, in a place like Willowgrove, is a kid whose heart feels like a crime they’re terrified to solve. This book is going to save their life. I hope they find it soon." - The New York Times

Love That Story: Observations from a Gorgeously Queer Life

Losing Face - signed by the author