Insurgent Truth: Chelsea Manning and the Politics of Outsider Truth-Telling 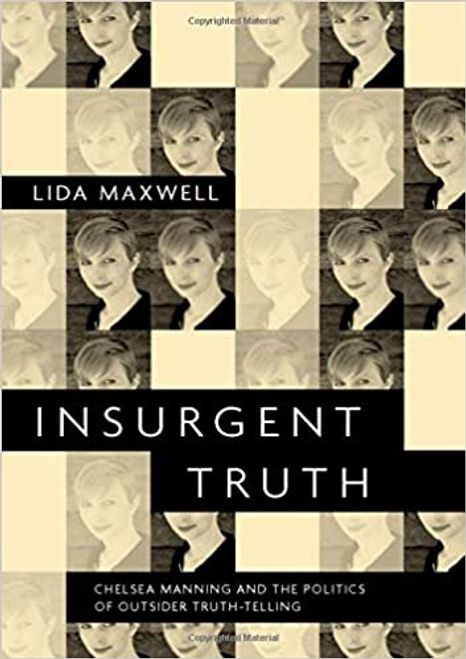 When Chelsea Manning was arrested in May 2010 for leaking massive amounts of classified Army and diplomatic documents to WikiLeaks, she was almost immediately profiled by the mainstream press as a troubled person: someone who had experienced harassment due to her sexual orientation and gender non-conformity, and who leaked documents not on behalf of the public good, but out of motives of personal revenge or, as suggested in the New York Times, "delusions of grandeur."

Compared implicitly to Daniel Ellsberg's apparently selfless devotion to the truth and the public good, Manning comes up short in these profiles--a failed whistleblower who deserves pity rather than political solidarity.

Lida Maxwell develops this argument through an examination of Manning's prison writings, the lengthy chat logs between Manning and the hacker who eventually turned her in, various journalistic, artistic, and academic responses to Manning, and by comparing Manning's example and writings with the work and actions of other outsider truth-tellers, including Cassandra, Virginia Woolf, Bayard Rustin, and Audre Lorde. Showing the shortcomings of existing approaches to truth and politics, Maxwell advances a new theoretical framework through which to understand truth-telling in politics: not only as a practice of offering a pre-political common ground of "facts" to politics, but also as the practice of unsettling public discourse by revealing the oppression and domination that it often masks.

"At a time when the understandable response to Trump's post-truth regime is to call for a return to facts and reason, Maxwell resurrects an alternative archive of insurgent truth tellers, figures whose credibility can never be assumed, who understand that getting a hearing is as important as getting it right-and that it may be twice as difficult. This is that rarest of books: of the moment and for the ages" -- Corey Robin, Brooklyn College and the CUNY Graduate Center

"Lida Maxell's Insurgent Truth is an extraordinary book, and timely, because it creatively and thoughtfully uses the example of Chelsea Manning to re-imagine 'the politics of truth.'" -- George Shulman, author of American Prophecy: Race and Redemption in American Political Culture

"Chelsea Manning is one of my sheroes, and Lida Maxwell does her justice in Insurgent Truth. She positions Manning, like Cassandra and Socrates before her, as on outsider who not only speaks an unwelcome truth, but who is an unwelcome messenger for bearing that truth. In doing so and being that, Manning's truth-telling practice functions like an ancient oracle for our present day. Her truth-telling shatters everyday common sense-regarding war, surveillance, technology, gender-and summons from it a new ethical ground from which to launch a better world. The radical politics of truth Maxwell so cogently elucidates are precisely those we need today, when "truth" itself is under assault" -- Susan Stryker, Founding Co-Editor, TSQ Transgender Studies Quarterly

The Gentrification of the Mind : Witness to a Lost Imagination