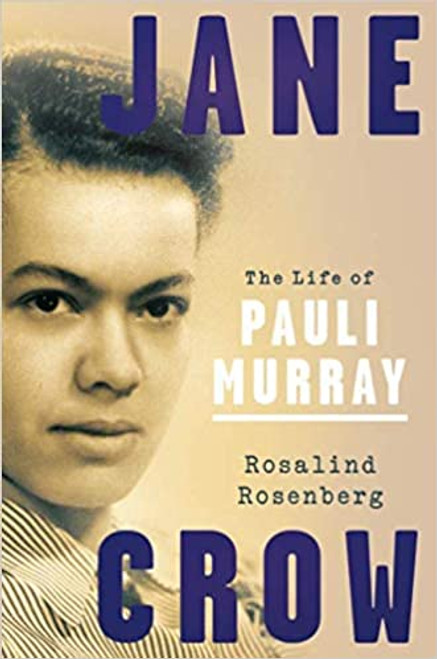 Pauli Murray (1910-1985) played pivotal roles in both the modern civil rights and women's movements. In the 1950s, her legal scholarship helped Thurgood Marshall to shift his course and attack segregation frontally in Brown v. Board of Education. In the 1960s, Murray persuaded Betty Friedan to help her found an NAACP for women, which Friedan named NOW. In the early 1970s, Murray provided Ruth Bader Ginsburg with the argument Ginsburg used to persuade the Supreme Court that the Fourteenth Amendment to the Constitution protects not only blacks but also women — and potentially other minority groups — from discrimination.

A mixed-race orphan, Murray grew up in the segregated schools of North Craolina, before escaping to New York, where she attended Hunter College and became a labor activist in the 1930s. Applying to graduate school at the University of North Carolina, where her white great-great-grandfather had been a trustee, she was rejected on account of her race. Deciding to become a lawyer, she graduated first in her class at Howard Law School, only to be rejected for graduate study at Harvard University on account of her sex. Undaunted, Murray forged a singular career in the law, directly impacting one of the landmark Supreme Court cases. Appointed by Eleanor Rossevelt to the President's Commission on the Status of Women in 1962, she advanced the idea of Jane Crow, arguing that the same reasons used to attack race discrimination could be used to battle gender discrimination. In 1965, she becanme the first black person to earn a JSD from Yale Law School and the follow year persuaded Betty Friedan to found what became the nation's most famous feminist organization. Most importantly, her concept of Jane Crow propelled Ginsberg to her first Supreme Court victory for women's rights. By that time, Murray was a tenured history professor at Brandeis, a position she left to become the first woman ordained a priest by the Episcopal Church in 1976.

Murray accomplished all of this as someone who would today be identified as transgender but who, at a time when no social movement existed to support this identity, focused her attention on systematic attacks on arbitrary distinctions of all sorts, transforming the idea of what equality means.

"Jane Crow does justice to the powerful mind and personal pain of Pauli Murray and to the momentous events she had a hand in bringing to pass. This is a book that asks us to meet it with an energy and compassion that does honor to its subject and will change the way we understand our world." - Nancy Kreml, Resources for Gender and Women's Studies: A Feminist Review

My Sister: How One Sibling's Transition Changed Us Both