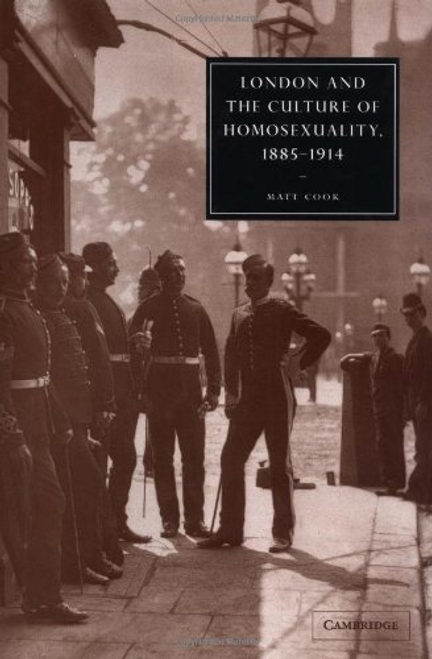 London and the Culture of Homosexuality explores the relationship between London and male homosexuality from the criminalization of all 'acts of gross indecency' between men in 1885 to the outbreak of the First World War in 1914 - years marked by an intensification in concern about male-male relationships and also by the emergence of an embryonic homosexual rights movement.

Taking his cue from literary and lesbian and gay scholars, urban historians and cultural geographers, Matt Cook combines discussion of London's homosexual subculture and various major and minor scandals with a detailed examination of representations in the press, in science and in literature. The conjunction of approaches used in this study provides insights into the development of ideas about the modern homosexual and into the many different ways of comprehending and taking part in London's culture of homosexuality.

The Peer and the Gangster