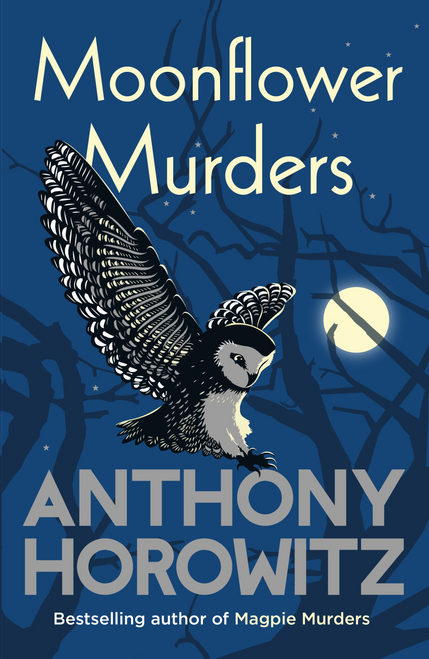 Mayflower Murders is a sequel to the bestselling Magpie Murders and features once again editor Susan Ryeland. And even though gay crime writer Alan Cole was killed off in the first book, he still casts a long shadow over this new book. Like Magpie Murders, several of the characters in Mayflower are gay men which adds to the appeal for the gay male reader.

Retired publisher Susan Ryeland is running a small hotel on a Greek island with her long-term boyfriend. But life isn't as idyllic as it should be- exhausted by the responsibility of making everything work on an island where nothing ever does, Susan is beginning to miss her literary life in London - even though her publishing career once entangled her in a lethal literary murder plot.

So when a wealthy English couple come to visit with tales of a murder that took place in a hotel the same day their daughter Cecily was married there, Susan can't help but find herself fascinated.
What's more, Cecily went missing a few short hours after reading Atticus Pund Takes The Case, and declaring that it revealed the real murderer at the hotel! This was a crime novel  that Susan edited some years previously, and the clues to the murder and to Cecily's disappearance must lie within the pages of this novel.

The English couple hire Susan to investigate, hoping that with her inside knowledge she may help them find their daughter before it's too late...

"The novelist and TV screenwriter (Foyle’s War, Midsomer Murders) brings back German Jewish detective Atticus Pund and (now retired) book editor Susan Ryeland from Magpie Murders in this superb new crime novel that features many gay male characters prominently. It’s a big book as it’s actually two books - clues to a real-life murder are planted in an Atticus Pund crime novel, and so Susan Ryeland (who edited the book) is enlisted to find the crucial information. It’s not easy to keep the reader engaged when the author runs a storyline for more than 200 pages, then interrupts it with a completely different storyline that runs a similar length, then returns back to the original...however, Anthony Horowitz is highly accomplished at creating page-turners and memorable, surprising characters. Here we have a beloved British female film star whose career is waning after an absence from Hollywood, her much younger husband who may be aware she is having an affair, numerous characters who have ripped her off financially, a gay advertising executive with money troubles, a couple of high class rent-boys, and the owners, staff and guests of a high class boutique hotel on the Suffolk coast. The double plot strand may sound complicated but it isn’t. Horowitz is one of the best at creating ingenious surprising crime fiction, while fans of Agatha Christie will lap up this exceedingly clever homage - the twists, the red herrings and the startling truths revealed at the climax!"

'We all want to go away on foreign holidays - but I was reading Anthony Horowitz's new book based in Greece and oh my God I could taste the wine, I could see the sea, I could smell that lovely dusky air! ... It's so much fun, I'm absolutely loving it.'-Ryan Tubridy, RTE Radio One

'Showcases Horowitz's full battalion of strengths- the whiplash plotting, the leather-smooth prose, the bold energy and, above all, the bright spark of joy that ignites the best fiction. Sophisticated, literate novels aren't supposed to be so much fun.' -AJ Finn, author of The Woman in the Window

'A mind-bending mystery to tie readers in knots.'-BBC

'Funny, profound and at times frightening, this is Horowitz at his very best. And the perfect jumping-on point for newcomers.'-The Sun

'In his latest books, Horowitz ... showcases a cleverness and finesse that even Dame Agatha might envy. Moonflower Murders resembles a super Mobius strip, interlacing multiple degrees and levels of fictiveness.'-Washington Post