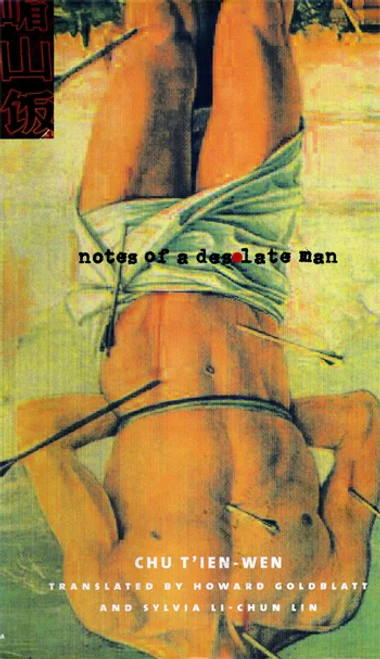 Winner of the coveted China Times Novel Prize, this postmodern, first-person tale of a contemporary Taiwanese gay man reflecting on his life, loves, and intellectual influences is among the most important recent novels in Taiwan.

The narrator, Xiao Shao, recollects a series of friends and lovers, as he watches his childhood friend, Ah Yao, succumb to complications from AIDS. The brute fact of Ah Yao's death focuses Shao's simultaneously erudite and erotic reflections magnetically on the core theme of mortality. By turns humorous and despondent, the narrator struggles to come to terms with Ah Yao's risky lifestyle, radical political activism, and eventual death; the fragility of romantic love; the awesome power of eros; the solace of writing; the cold ennui of a younger generation enthralled only by video games; and life on the edge of mainstream Taiwanese society. His feverish journey through forests of metaphor and allusion—from Fellini and Lévi-Strauss to classical Chinese poetry—serves as a litany protecting him from the ravages of time and finitude.

Impressive in scope and detail, Notes of a Desolate Man employs the motif of its characters' marginalized sexuality to highlight Taiwan's vivid and fragile existence on the periphery of mainland China. Howard Goldblatt and Sylvia Li-chun Lin's masterful translation brings Chu T'ien-wen's lyrical and inventive pastiche of political, poetic, and sexual desire to the English-speaking world.

'Superb.... A strong and perceptive voice now arises from Taiwan.... Notes of a Desolate Man is a novel of questions and imponderables, not so much a cry of pain as the lively, sharp-witted record of it.'-Peter Kurth, New York Times Book Review

'The novel in poetic translation is in itself a joy to read, writing that inspires awe for its intellectual scope and its sensitive portrayal of gay men and their lives—and deaths.'-Charles-Gene McDaniel, Libido

The Membranes - signed by the translator

City of Night (Paperback B Format)

Felix Ever After (Paperback)