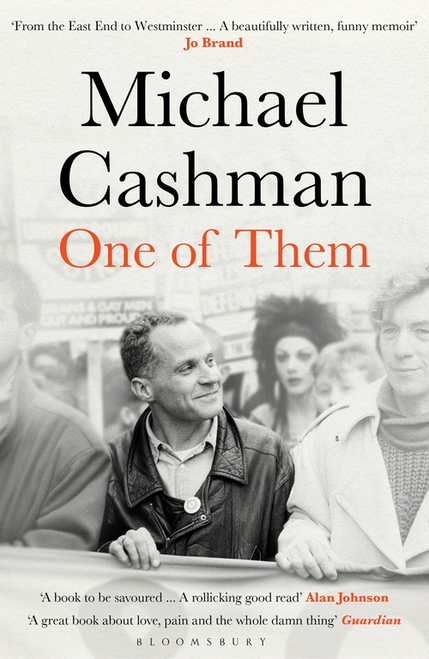 Growing up in post-war East London, the son of a docker and an office cleaner, young Michael Cashman's life changed when he was discovered, aged twelve, and transported to the West End stage.

Cashman would make history – first as an actor, one half of the first gay kiss broadcast on a British soap, BBC TV's EastEnders, and then as a campaigner and politician, founding Stonewall with Ian McKellen, and embarking on a fight for gay rights across the world that would lead him and his partner Paul Cottingham from tea in LA with David Hockney to flying the rainbow flag over the Royal Albert Hall with Elton John.

One of Them contains as many multitudes as its author: glorious nostalgia, showbiz gossip and a stirring history of a civil rights movement. And above all things, it is a love story – a tender account of a partnership that changed the world.

'It tells not just the story of his life, but also the battle for LGBT equality in the UK.'-Guardian

'A memoir to cherish.'-Ian McKellen

'A book to be savoured.' -Alan Johnson

'There are so many reasons to love this book.'-Armistead Maupin