Russian Roulette: the Life and Times of Graham Greene 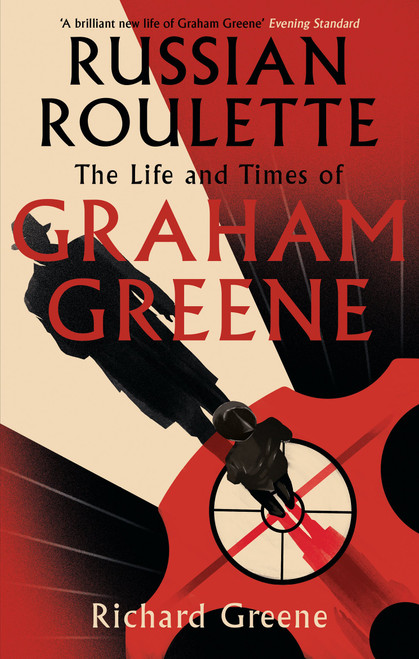 The definitive one-volume biography of a literary legend.

Probably the greatest British novelist of his generation, Graham Greene's own story was as strange and compelling as those he told of Pinkie the Mobster, Harry Lime, or the Whisky Priest. A restless traveller, he was a witness to many of the key events of modern history - including the origins of the Vietnam War, the Mau Mau Rebellion, the betrayal of the double-agent Kim Philby, the rise of Fidel Castro, and the guerrilla wars of Central America.

Traumatized as a boy and thought a Judas among his schoolmates, Greene tried Russian Roulette and attempted suicide. He suffered from bipolar illness, which caused havoc in his private life as his marriage failed, and one great love after another suffered shipwreck, until in his later years he found constancy in a decidedly unconventional relationship.

Often called a Catholic novelist, his works came to explore the no man's land between belief and unbelief. A journalist, an MI6 officer, and an unfailing advocate for human rights, he sought out the inner narratives of war and politics in dozens of troubled places, and yet he distrusted nations and armies, believing that true loyalty was a matter between individuals.

A work of wit, insight, and compassion, this new biography of Graham Greene, the first undertaken in a generation, responds to the many thousands of pages of lost letters that have recently come to light and to new memoirs by those who knew him best. It deals sensitively with questions of private life, sex, and mental illness; it gives a thorough accounting for the politics of the places he wrote about; it investigates his involvement with MI6 and the Cambridge five; above all, it follows the growth of a writer whose works changed the lives of millions.

Cinderella Goes to the Morgue