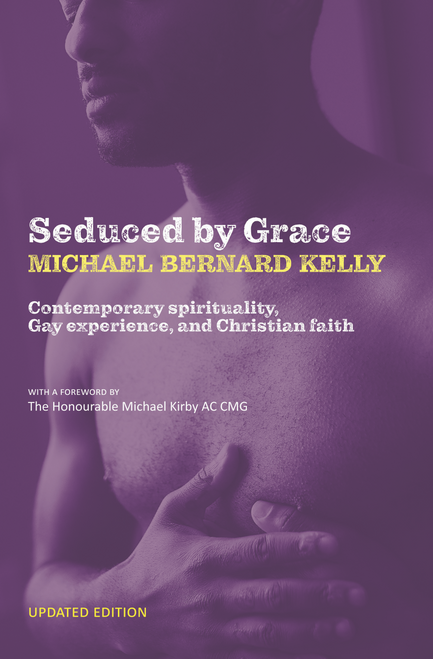 **With a foreword by The Honourable Michael Kirby AC CMG**

Originally published in 2007, this updated edition includes all the original essays, letters, talks and reflections, but includes an updated biographical note, revisions to some out-of-date website references, and includes a letter written by Michael in 2017 and published originally in Bent Street.

‘A potent collection of thoughtful writings by Kelly, the noted Australian Catholic dissident, Seduced by Grace gathers essays, articles, letters and talks he has produced over almost a decade, from late 1998 to May 2004, that are at once an acutely accurate critique of the shortcomings of the Church and a poignant testimonial to the heroic spirit that has, at times, invigorated it.’-Victor Marsh, White Crane Journal

‘These are the passionate dispatches of a reporter from one of the most hostile – for gay men and women – regimes on earth: the Catholic church. Michael Kelly has come out but stayed in. His indictment of the church is stark but his vision of what it might become has the power to move even hardened atheists.’-David Marr, author of The High Price of Heaven, and Patrick White: A Life

‘Michael Kelly writes with great precision and poignancy of a yearning which everyone shares. A yearning for love, both physical and spiritual. A yearning for completion. In this wonderful collection of essays, Kelly seduces the reader with his insights into those fleeting moment in which we encounter the greatest mystery of all.’-Fiona Capp

‘Every chapter in this book is an invitation. It’s thoughts and stories carry you over and over again into a deeper place where you can reflect on your own life and, indeed, universal life. At one point, its author observes “religious talk is about religious talk. Life becomes a footnote”. Life is never a footnote for Michael Kelly. His close experience of the engaging of religion with life is both challenging and inspiring.’-Rev Dorothy McRae-McMahon