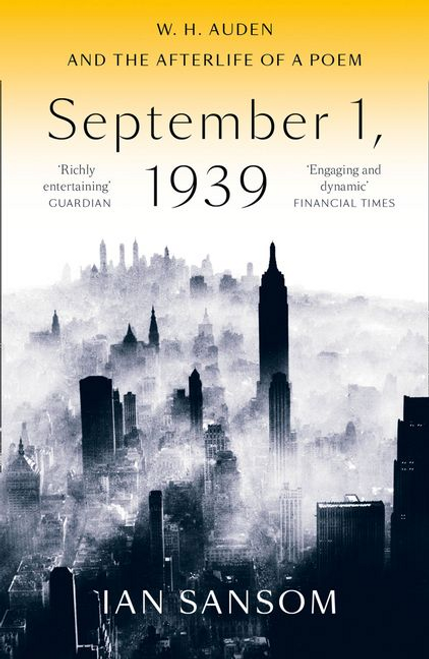 This is a book about a poet – W. H. Auden, a wunderkind, a victim-beneficiary of a literary cult of personality who became a scapegoat and a poet-expatriate largely excluded from British literary history because he left.

About a poem – ‘September 1, 1939', his most famous and celebrated, yet one which he tried to rewrite and disown and which has enjoyed – or been condemned – to a tragic and unexpected afterlife.

About a city – New York, an island, an emblem of the Future, magnificent, provisional, seamy, and in 1939 about to emerge as the defining twentieth-century cosmopolis, the capital of the world.

And about a world at a point of change – about 1939, and about our own Age of Anxiety, about the aftermath of September 11, when many American newspapers reprinted Auden's poem in its entirety on their editorial pages.

“[Sansom’s] richly entertaining book explores what goes on in the poem and why it has had such an impact.”-The Guardian

A Touch of Silk: Drama In and Out of the Courtroom