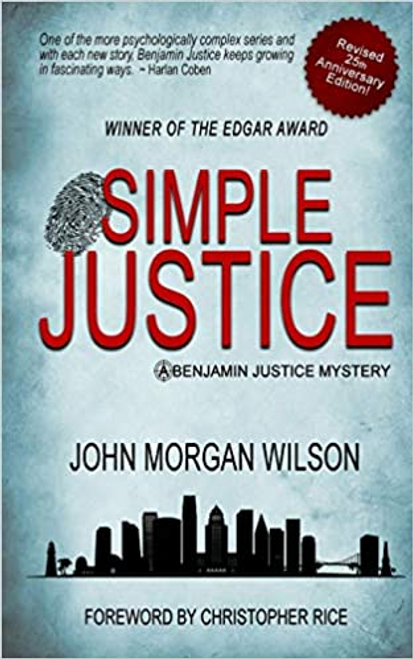 It’s 1994, an election year when violent crime is rampant, voters want action, and politicians smell blood. When a Latino teenager confesses to the murder of a pretty-boy cokehead outside a gay bar in L.A., the cops consider the case closed. But Benjamin Justice, a disgraced former reporter for the Los Angeles Times, sees something in the jailed boy others don’t.

His former editor, Harry Brofsky, now toiling at the rival Los Angeles Sun, pries Justice from his alcoholic seclusion to help neophyte reporter Alexandra Templeton dig deeper into the story. But why would a seemingly decent kid confess to a brutal gang initiation killing if he wasn’t guilty? And how can Benjamin Justice possibly be trusted, given his central role in the Pulitzer scandal that destroyed his career? Snaking his way through shadowy neighborhoods and dubious suspects, he’s increasingly haunted by memories of his lover Jacques, whose death from AIDS six years earlier precipitated his fall from grace. As he unravels emotionally, Templeton attempts to solve the riddle of his dark past and ward off another meltdown as they race against a critical deadline to uncover and publish the truth.

Awarded an Edgar by Mystery Writers of America for Best First Novel on initial release, this 25th Anniversary edition has been revised by the author. A foreword for the 2020 edition by Christopher Rice (Bone Music) is included.

"This moody first mystery ... isn't your typical day at the beach. But with its vivid dissection of Los Angeles lowlife and intriguing characters, you may find it tough to put down." - People, Beach Book of the Week

"Wilson writes with such skill, pluck, and conviction that it becomes both suspenseful and moving. Sexy, too." - Washington Post

"John Morgan Wilson proves he has a way with words and a style that will draw you in ... An exciting debut of an author to watch." - I Love A Mystery

"This page-turner is superb, and one waits more than impatiently for the next Benjamin Justice mystery." - Frontiers

We are Totally Normal (Hardcover)