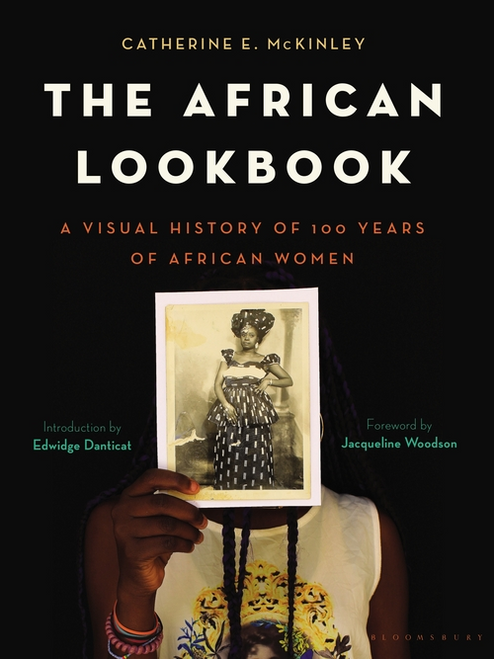 An unprecedented visual history of African women told in striking and subversive historical photographs--featuring an Introduction by Edwidge Danticat and a Foreword by Jacqueline Woodson.

Most of us grew up with images of African women that were purely anthropological--bright displays of exotica where the deeper personhood seemed tucked away. Or they were chronicles of war and poverty--“poverty porn.” But now, curator Catherine E. McKinley draws on her extensive collection of historical and contemporary photos to present a visual history spanning a hundred-year arc (1870–1970) of what is among the earliest photography on the continent. These images tell a different story of African women: how deeply cosmopolitan and modern they are in their style; how they were able to reclaim the tools of the colonial oppression that threatened their selfhood and livelihoods.

Featuring works by celebrated African masters, African studios of local legend, and anonymous artists, The African Lookbook captures the dignity, playfulness, austerity, grandeur, and fantasy-making of African women across centuries. McKinley also features photos by Europeans--most starkly, striking nudes--revealing the relationships between white men and the Black female sitters where, at best, a grave power imbalance lies. It's a bittersweet truth that when there is exploitation there can also be profound resistance expressed in unexpected ways--even if it's only in gazing back. These photos tell the story of how the sewing machine and the camera became powerful tools for women's self-expression, revealing a truly glorious display of everyday beauty.

“How lucky we are that Catherine McKinley has collected this exquisite series of photographs from all corners of the African continent . . . proof of the range of beauty and elegance the world was otherwise telling us we could not possess.” –  Edwidge Danticat, from the Introduction

“As I slowly moved through the stunningly beautiful pages of The African Lookbook, I found myself being transported by the glorious photographs Catherine McKinley has collected. . . . We took and continue to take the skin, the pain, the fabric, the tools we have. And with all of this--as Catherine McKinley has done here--we make something as beautiful as our own selves.” –  Jacqueline Woodson, from the Foreword

Behind the Scenes at the Ballets: Russes Stories from a Silver Age