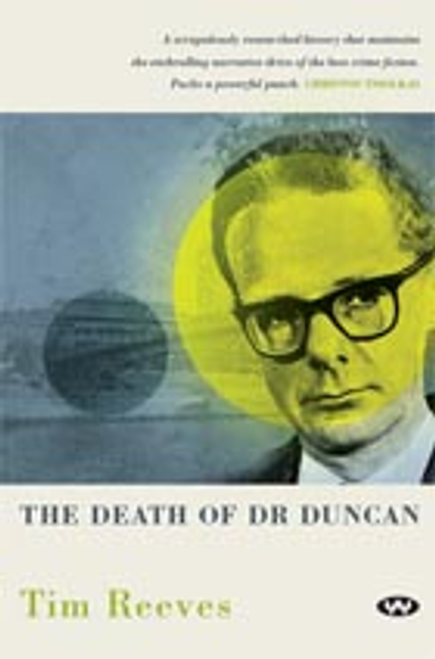 The drowning of Dr Duncan in the River Torrens in 1972 remains one of South Australia’s most notorious unsolved murders. His death shocked the community and still reverberates 50 years later.

Tim Reeves is an award-winning author and the acknowledged authority on the Duncan case. He pulls together the complex strands of a police investigation, coroner’s inquest, New Scotland Yard enquiry and trial. He also examines the attempts at gay law reform in the state that were triggered by Duncan’s killing. This meticulously researched and tautly written book tells a story that is disturbing yet captivating, distressing yet ultimately uplifting.