The End of Innocence 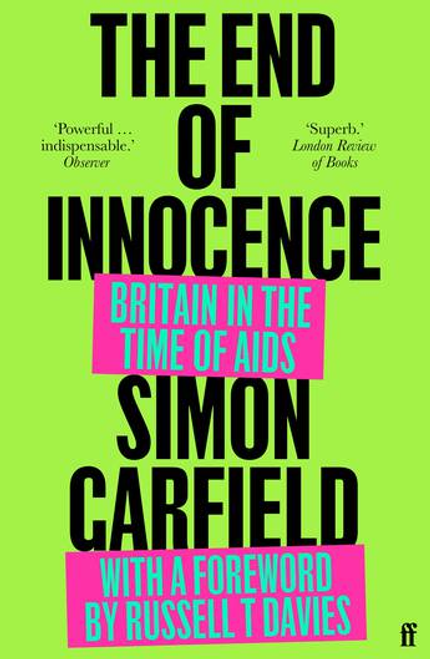 **A new edition of the award-winning, ground-breaking account of the early AIDS crisis in Britain**

**Winner of the Somerset Maugham Prize**

How does a country control a virus that is killing increasing numbers of people?

How does a government contain an epidemic spread by sex, drug use and blood products?

And how does a population react when told that everyone is at risk from infection?

By 1986, when the British Government woke up to the problem of AIDS, it estimated that 30,000 people had already been infected with HIV. Why was it so slow to act? Would the situation have been different if most of those affected had not been gay men?

Award-winning journalist Simon Garfield presents a story of political intrigue, of panic and hysteria, of wasted opportunities and of a medical battle conducted against seemingly impossible odds. Including interviews with key figures in the fight against the virus as well as those facing personal devastation and prejudice, The End of Innocence is an important and powerful story, compellingly told.

Features a new afterword by the author.

'A remarkable journalistic achievement.' - Time Out

The Queerness of Home: Gender, Sexuality, and the Politics of Domesticity after World War II

The Case for Gay Reparations

Everyday Violence: The Public Harassment of Women and LGBTQ People

Gay Bar: Why We Went Out (Hardcover)

The Florentines : From Dante to Galileo