The Great Peace: A Memoir 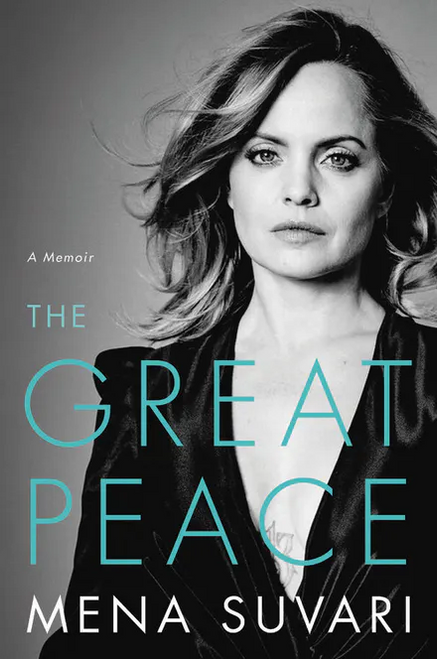 A memoir by award-winning actor Mena Suvari, best-known for her iconic roles in American Beauty, American Pie, and Six Feet Under

THE GREAT PEACE is a harrowing, heartbreaking coming-of-age story set in Hollywood, in which young teenage model-turned-actor Mena Suvari lost herself to sex, drugs and bad, often abusive relationships even as blockbuster movies made her famous. It's about growing up in the 90s, with a soundtrack ranging from The Doors to Deee-Lite, fashion from denim to day-glo, and a sad young woman dealing with the lasting psychological scars of losing her virginity against her will at age 12, believing she has little more to offer than her body, yet knowing deep inside she has and desires so much more from life.

Inspired by Mena's relatively recent discovery of diary writings and poetry she wrote during this troubled time and then put in storage for years, this book builds on these entries with gritty authenticity and hard-earned maturity. Despite many years of interviews and many miles on the red carpet, Mena has never revealed any part of her challenging adolescence and early career. After years of being taken advantage of by older, more powerful men--a photographer, a manager, a DJ--Mena finally learned how to stand on her own two feet, and reclaimed the power that had been locked inside her the whole time.

Within these vulnerable pages, Mena not only reveals her own mistakes, but also the lessons she learned and her efforts to understand and grow rather than casting blame. As such, she makes this a timeless story of girl empowerment and redemption, of somebody using their voice to rediscover their past and redeem and understand their mistakes, and ultimately come to terms with their power as an individual to find a way and a will to live--and thrive. Poignant, intimate, and powerful, this book will resonate with anyone who has found themselves lost in the darkness, thinking there's no way out. Ultimately, Mena's story proves that, no matter how hopeless it may seem, there's always a light at the end.

This is the Canon: Decolonise Your Bookshelves in 50 Books

The Lonely City: Adventures in the Art of Being Alone

Everything is Going to be All Right: Poems for When You Really Need Them

Miss Dior: A Story of Courage and Couture

Cured: The Power of Our Immune System and the Mind-Body Connection

The Gravediggers: 1932, The Last Winter of the Weimar Republic