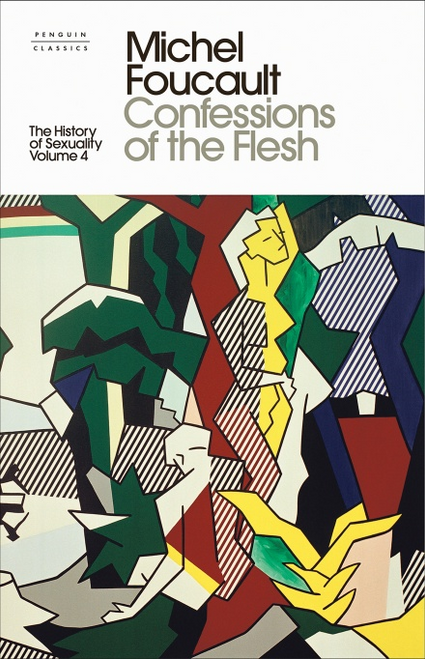 The fourth and final volume in Michel Foucault’s acclaimed History of Sexuality, completed just before his death in 1984 and finally available to the public

One of the most influential thinkers of the twentieth century, Michel Foucault made an indelible impact on Western thought. The first three volumes in his History of Sexuality—which trace cultural and intellectual notions of sexuality, arguing that it has been profoundly shaped by the power structures applied to it—constitute some of Foucault’s most important work. This fourth volume posits that the origins of totalitarian self-surveillance began with the Christian practice of confession. The manuscript had long been secreted away, in accordance with Foucault’s stated wish that there be no posthumous publication of his unpublished work.

With the sale of the Foucault archives in 2013, Foucault’s nephew felt that the time had come to publish this final volume in Foucault’s seminal history. Philosophically, it is a chapter in his hermeneutics of the desiring subject. Historically, it focuses on the remodeling of subjectivity carried out by the early Christian Fathers, who set out to transform the classical Logos of truthful human discourse into a theologos—the divine Word of a pure sovereign.

What did God will in the matter of righteous sexual practice? Foucault parses out the logic of the various responses proffered by theologians over the centuries, culminating with Saint Augustine’s fascinating discussion of the libido. Sweeping and deeply personal, Confessions of the Flesh is a tour de force from a philosophical master

"The most innovative and influential French thinker of the contemporary era." - Sudhir Hazareesingh, Guardian

"When initially embarking on examining the history of human sexuality, French philosopher Michel Foucault intended to write and translate it into a seven-volume historical saga, which is now widely known as The History of Sexuality. Highly-acclaimed as a groundbreaking intellectual analysis, the first three volumes have transformed our understanding of sexuality and offered foundational thinking for many academic disciplines, including sociology, political science, gender studies, and of course, queer theory. Just before he died in 1984, Foucault completed the fourth volume draft. Unfortunately it went unpublished in the French language until 2018. Now finally, three years later, the translation into English of "Confessions of the Flesh", reveals indelibly Foucault’s tremendous legacy on the modern intellectual landscape.

In the first three volumes, Foucault looked at the emergence of sexual identities when modern science began to classify and name perversity and subsequently scrutinised Ancient Greek history to highlight how the self's interiority can always be continuously shaped in relation to external knowledge. In this book, Foucault takes us to the early Christian Fathers' or theologians' thoughts that eventually shaped the connection between sexuality, desires, selfhood, and divinity. Making this book relevant to the contemporary debates of sexuality is Foucault's discussion on consent, encouraging us to see how the idea of consent gave birth to selfhood with an ability to 'desire' something (the desiring subject). Grand and sharp as usual, Confessions of the Flesh continues to mark Foucault as one of our time's most influential thinkers."

The Pursuit of Love

Love in a Cold Climate