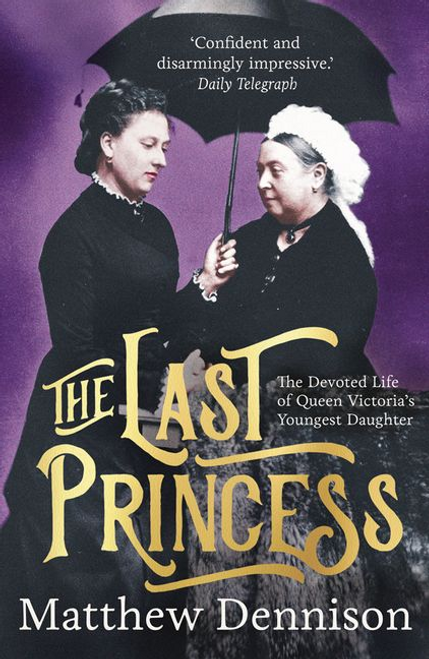 An evocative telling of the life of Queen Victoria and Prince Albert's last-born child, and of a sometimes fraught royal mother-daughter relationship.

Beatrice Mary Victoria Feodore, later Princess Henry of Battenberg, was the last-born – in 1866 – of Victoria and Albert's children, and she would outlive all of her siblings to die as recently as 1944. Her childhood coincided with her mother's extended period of mourning for her prematurely deceased husband, a circumstance which may have contributed to Victoria's determination to keep her youngest daughter as close to her as possible.

She would eventually marry Prince Henry of Battenberg in 1885, but only after overcoming her mother's opposition to their union. Beatrice remained Queen Victoria's favourite among her five daughters, and became her mother's constant companion and later her literary executor, spending the years that followed Victoria's death in 1901 editing her mother's journals and voluminous correspondence.

Matthew Dennison's elegantly written biography restores Beatrice to her rightful place as a key figure in the history of the Victorian age, and paints a touching and revealing portrait of the life and family of Britain's second-longest-reigning monarch.

Underexposed! (The 50 Greatest Movies Never Made)