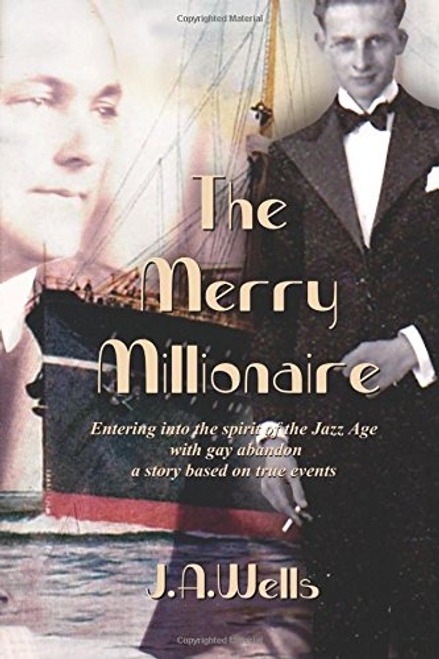 The Thirties, a decade of decadence and depression, ending in war. This hardly has an effect on Ron and Mervyn, our intrepid pleasure seekers. Disregarding the rumblings of war in Europe, and dancing to a dying tune, they join the waning fast-set, cruising the Norwegian fjords on luxury ocean liners and sailing up the Nile on serene feluccas.

Explore the bygone age of first class sea travel and luxury oriental hotels, summer on the glaciers, and the heat of Cairo’s social season. All seen through the eyes of Ron and Mervyn, the gayest pair of lotus-eaters you will ever encounter. J.A.Wells has succeeded in painting a dense, yet frivolous view, of a time now lost to the journals of debutants and dowager duchesses. In the first of his duology, J.A.Wells uses his rich imagination, creating a colourful cast of living and breathing characters.We will wonder what may become of the pairing of Ron and Mervyn, poles apart in age and class, yet similar in inclination.

Pomp and Circumstance: Further adventures with The Merry Millionaire (Volume 2)