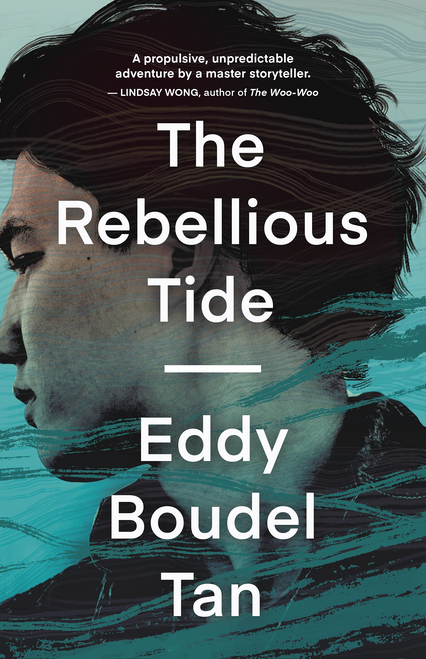 Sebastien’s search for his father leads him to a ship harbouring a dangerous secret.

Sebastien has heard only stories about his father, a mysterious sailor who abandoned his pregnant mother thirty years ago. But when his mother dies after a lifetime of struggle, he becomes obsessed with finding an explanation ― perhaps even revenge.

The father he’s never met is Kostas, the commanding officer of a luxury liner sailing the Mediterranean. Posing as a member of the ship’s crew, Sebastien stalks his unwitting father in search of answers as to why he disappeared so many years ago.

After a public assault triggers outrage among the ship’s crew, Sebastien finds himself entangled in a revolt against the oppressive ruling class of officers. As the clash escalates between the powerful and the powerless, Sebastien uncovers something his father has hidden deep within the belly of the ship ― a disturbing secret that will force him to confront everything he’s always wondered and feared about his own identity

"Sexual and cultural identities are explored in a novel that doesn't close its eyes to the darkness, even as it celebrates a world that is vast and filled with adventure."-- Quill & Quire

"The Rebellious Tide plumbs the depths of what ties us to our parents, and how destiny can -- and sometimes must -- be overcome. With clear and filmic prose, complex characters, and a keen grasp of the emotional and psychological struggles of young adults finding their way in life, Boudel Tan establishes himself as an exciting voice in Canadian literary fiction."-- Natalie Jenner, author of The Jane Austen Society