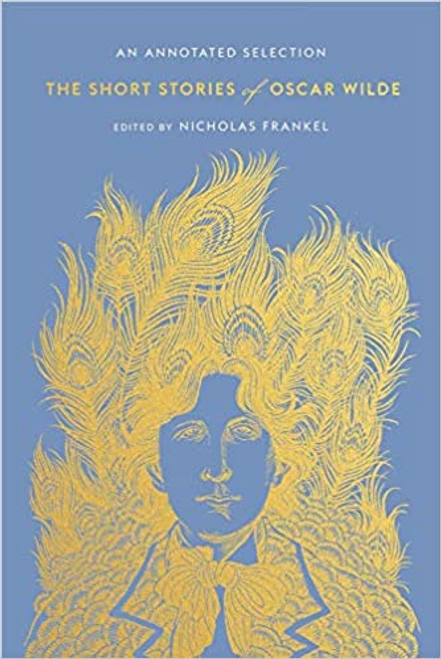 An innovative new edition of nine classic short stories from one of the greatest writers of the Victorian era.

“I cannot think other than in stories,” Oscar Wilde once confessed to his friend André Gide. In this new selection of his short fiction, Wilde’s gifts as a storyteller are on full display, accompanied by informative facing-page annotations from Wilde biographer and scholar Nicholas Frankel. A wide-ranging introduction brings readers into the world from which the author drew inspiration.

Each story in the collection brims with Wilde’s trademark wit, style, and sharp social criticism. Many are reputed to have been written for children, although Wilde insisted this was not true and that his stories would appeal to all “those who have kept the childlike faculties of wonder and joy.” “Lord Arthur Savile’s Crime” stands alongside Wilde’s comic masterpiece The Importance of Being Earnest, while other stories―including “The Happy Prince,” the tale of a young ruler who had never known sorrow, and “The Nightingale and the Rose,” the story of a nightingale who sacrifices herself for true love―embrace the theme of tragic, forbidden love and are driven by an undercurrent of seriousness, even despair, at the repressive social and sexual values of Wilde’s day. Like his later writings, Wilde’s stories are a sweeping indictment of the society that would imprison him for his homosexuality in 1895, five years before his death at the age of forty-six.

Published here in the form in which Victorian readers first encountered them, Wilde’s short stories contain much that appeals to modern readers of vastly different ages and temperaments. They are the perfect distillation of one of the Victorian era’s most remarkable writers.

“A perfect selection of Oscar Wilde stories, with superb annotations by Nicholas Frankel, who is one of the most astute, perceptive, and knowledgeable writers on Wilde.”―Colm Tóibín

“Although Oscar Wilde’s literary reputation rests mainly on his plays and essays, he was also the author of a passel of great short stories, ranging from the acerbic ‘Lord Arthur Savile’s Crime’ to the delicate and heartbreaking ‘The Happy Prince,’ which brings tears to my eyes every time I read it. Edited with thoughtful precision by Nicholas Frankel and replete with beautiful illustrations, The Short Stories of Oscar Wilde will delight Wilde’s admirers. For those reading his work for the first time, it will prove revelatory.”―David Leavitt