The Women of Rothschild: The Untold Story of the World's Most Famous Dynasty 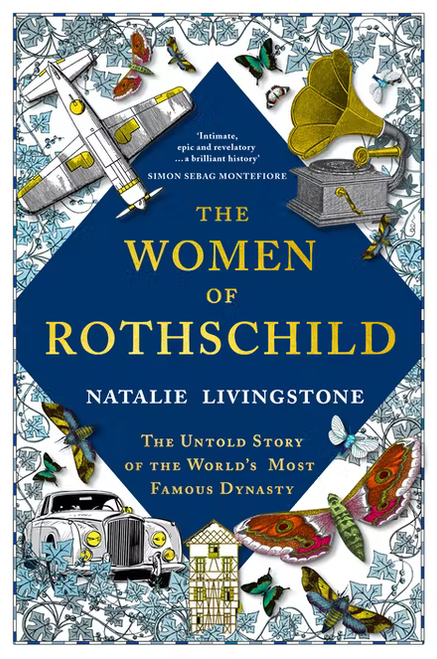 From the Sunday Times bestselling author of The Mistresses of Cliveden, an enthralling, sumptuous and surprising history of the Rothschild women

The story of the family who rose from the Frankfurt ghetto to become synonymous with wealth and power has been much mythologized. Yet half the Rothschilds, the women, remain virtually unknown.

From the East End of London to the Eastern seaboard of the United States, from Spitalfields to Scottish castles, from Bletchley Park to Buchenwald, and from the Vatican to Palestine, Natalie Livingstone follows the extraordinary lives of the English branch of the Rothschild women from the dawn of the nineteenth century to the early years of the twenty first.

As Jews in a Christian society and women in a deeply patriarchal family, they were outsiders. Determined to challenge and subvert expectations, they supported each other, building on the legacies of their mothers and aunts. They became influential hostesses and talented diplomats, choreographing electoral campaigns, advising prime ministers, advocating for social reform and trading on the stock exchange. Misfits and conformists, conservatives and idealists, performers and introverts, they mixed with Rossini and Mendelssohn, Disraeli, Gladstone and Chaim Weizmann, amphetamine-dealers, temperance campaigners, Queen Victoria, and Albert Einstein. They broke code, played a pioneering role in the environmental movement, scandalised the world of women's tennis by introducing the overarm serve and drag-raced with Miles Davies in Manhattan.

Absorbing and compulsive THE WOMEN OF ROTHSCHILD gives voice to the complicated, privileged and gifted women whose vision and tenacity shaped history.

"For far too long, the significant contribution made by Rothschild women to our family's extraordinary history and success has gone largely unacknowledged. In this gripping biography, Natalie Livingstone shows that Rothschild women were the velvet gloves guiding the iron fists of their male relatives and far from being mere appendages, they acted as trusted confidants and silent partners"-- HANNAH ROTHSCHILD, author of The Improbability of Love, shortlisted for the Bailey's Women's Prize

THE BEST OF GRAHAM KENNEDY DVD

The Greek Revolution: 1821 and the Making of Modern Europe

When Women Ruled the World: Making the Renaissance in Europe

Love and Other Poems

By The Light Of Burning Dreams: The Triumphs and Tragedies of the Second American Revolution

To Be Frank: A fictional memoir