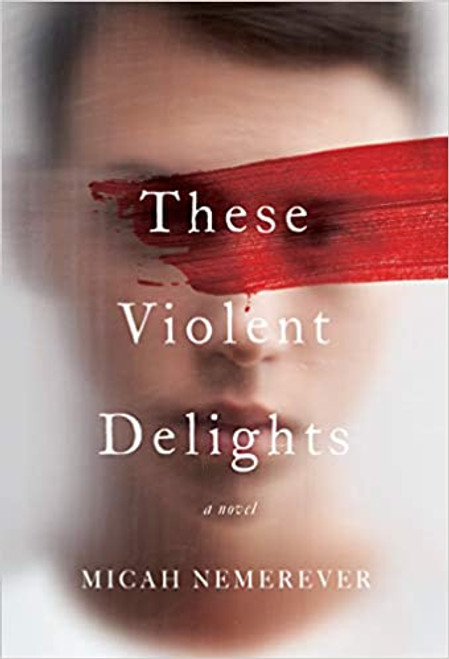 **A Literary Hub Best Book of the Year**

**A Crime Reads Best Debut of the Year**

**An O Magazine.com LGBTQ Book That Is Changing the Literary Landscape**

**An Electric Lit Most Anticipated Debut of the Year**

**A The Millions Most Anticipated Book of the Year**

The Secret History meets Lie with Me in Micah Nemerever's compulsively readable debut novel—a feverishly taut Hitchcockian story about two college students, each with his own troubled past, whose escalating obsession with one another leads to an act of unspeakable violence.

When Paul enters university in early 1970s Pittsburgh, it’s with the hope of moving past the recent death of his father. Sensitive, insecure, and incomprehensible to his grieving family, Paul feels isolated and alone. When he meets the worldly Julian in his freshman ethics class, Paul is immediately drawn to his classmate’s effortless charm.

Paul sees Julian as his sole intellectual equal—an ally against the conventional world he finds so suffocating. Paul will stop at nothing to prove himself worthy of their friendship, because with Julian life is more invigorating than Paul could ever have imagined. But as charismatic as he can choose to be, Julian is also volatile and capriciously cruel, and Paul becomes increasingly afraid that he can never live up to what Julian expects of him.

As their friendship spirals into all-consuming intimacy, they each learn the lengths to which the other will go in order to stay together, their obsession ultimately hurtling them toward an act of irrevocable violence.

Unfolding with a propulsive ferocity, These Violent Delights is an exquisitely plotted excavation of the depths of human desire and the darkness it can bring forth in us.

“Visceral, intimate, and all-consuming, this gutsy debut is both intellectual and fiercely animal. A chilling exploration into desire and infatuation that questions how well we ever really know our lovers—or ourselves. Nemerever’s propulsive, crystalline language and gutting insights make the pages fly by, hurtling you toward the inevitable, astounding ending.” -- Julia Fine, author of What Should Be Wild

“It’s only a matter of time before things start to explode in this enthralling, unpredictable thriller.” -- Patrick Rapa, Philadelphia Inquirer

“Nemerever’s debut tackles obsession, destruction, sex, and the intersection of all three…. Nemerever’s prose is haunting and beautiful, powerful, and twisted… it will keep you up at night, turning page after page.” -- Jen St. Jude, Chicago Review of Books

Yukio Mishima: The Death of a Man