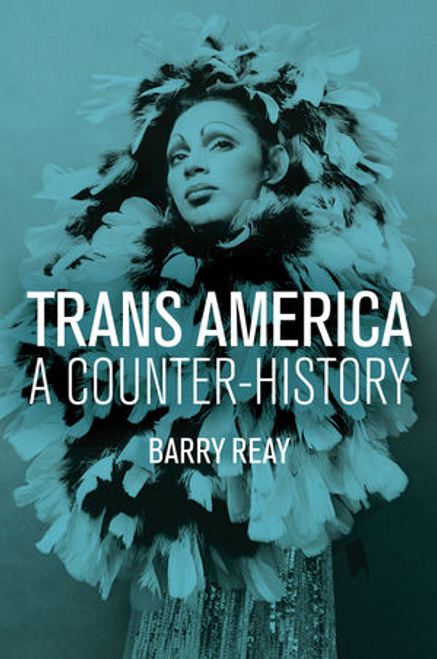 Trans seems to be everywhere in American culture. Yet there is little understanding of how this came about. Are people aware that there were earlier periods of gender flexibility and contestability in American history?

How well known is it that a previous period of trans visibility in the 1960s and early 1970s faced a vehement backlash right at the time that trans, in the form of what was then termed transvestism and transsexuality, seemed to be so ascendant? Was there transness before transsexuality was named in the 1950s and transgender emerged in the 1990s?

Barry Reay explores this history: from a time before trans in the nineteenth century to the transsexual moment of the 1960s and 1970s, the transgender turn of the 1990s, and the so-called tipping point of current culture. It is a rich and varied history, where same-sex desires and identities, cross-dressing, and transsexual and transgender identities jostled for recognition. It is a history that is not at all flattering to US psychiatric and surgical practices.

Arguing for the complexity of a trans past and present, Trans America will be a groundbreaking work for the trans community, as well as anyone interested in the history of medicine, sexuality, psychology and psychiatry.

"In Trans America, Barry Reay beautifully chronicles transgender people and community before the term 'transgender' itself was used widely. In this context, Reay raises an important question: 'If it is possible to think of heterosexuality before heterosexuality, and homosexuality before homosexuality, why not think of transgender before transgender?' (p.12). Guiding the readers to explore the nineteenth-century America, the emerging transsexual moment of the 1960s and 1970s, to the most recent 'Transgender Tipping Point', Reay demonstrates that the category of 'trans' has never been fixed. In other words, the meaning and the people it encompasses always shift according to the socio-cultural politics, and equally, the contestations in medical science itself. In observing the latter, this book magnificently tracks the debates among European and American sexologists, including Krafft-Ebing, Magnus Hirschfeld, and Havelock Ellis. Presenting the varied nature of the current trans community (i.e. drag and transgender individuals) in many states in the U.S., Trans America importantly showcases the ways that the trans community resists the medical models often imposed on them, and thus continuously reinvent themselves."

‘Trans America places the recent conversation about trans issues in its historical context, in impressive depth. Sweeping across the twentieth and twenty-first centuries, Barry Reay provides an accessible yet comprehensive guide to the important people, places and trends, in the USA and beyond – ideal for anyone who wants to understand what came before the “Transgender Tipping Point”.-Juliet Jacques, author of Trans: A Memoir

‘The richly varied nature of the current trans movement is so beautifully explored and uncovered in Barry Reay's new book. A pleasure to read.’-Fayette Hauser of The Cockettes

‘This is an admirable contribution to trans history by a highly respected scholar. It is a story of shifting categorizations, often highly medicalized and limiting, but above all a narrative of agency as trans people pushed definitions to the limit, bent them, and broke them and increasingly spoke for themselves in a powerful, if not always singular, voice. It’s a major achievement and deserves to become a classic.’-Jeffrey Weeks, London South Bank University

‘This book is of very high quality. Reay is a major scholar in the field and writes with great authority and assurance.’-Thomas Laqueur, University of California at Berkeley