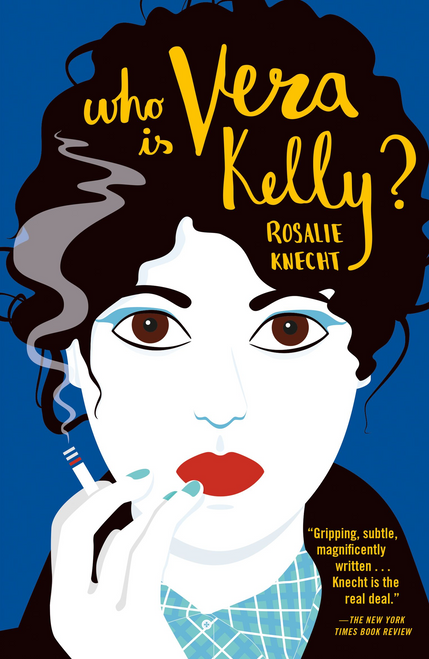 An exhilarating page turner and perceptive coming-of-age story, Who is Vera Kelly? introduces an original, wry and whip-smart female spy for the twenty-first century

New York City, 1962. Vera Kelly is struggling to make rent and blend into the underground gay scene in Greenwich Village. She's working night shifts at a radio station when her quick wits, sharp tongue, and technical skills get her noticed by a recruiter for the CIA.

Next thing she knows she's in Argentina, tasked with wiretapping a congressman and infiltrating a group of student activists in Buenos Aires. As Vera becomes more and more enmeshed with the young radicals, the fragile local government begins to split at the seams. When a betrayal leaves her stranded in the wake of a coup, Vera learns war makes for strange and unexpected bedfellows, and she's forced to take extreme measures to save herself.

'Forget about 007. This heroine has her own brand of spycraft...' — Washington Post

'Gripping, magnificently written...This is a cool, strolling boulevardier of a book, worldly, wry, unrushed but never slow, which casts its gaze upon the middle of the last century and forces us to consider how it might be failing us still' — New York Times Book Review

'The personal is most definitely political in Rosalie Knecht's crisp, lively and subversive second novel, Who Is Vera Kelly?...John le Carré and many other writers make hay with the personal repercussions of assuming false identity. Knecht flips the terms artfully, showing us a heroine who discovers her true tough self by going undercover' — NPR

'Thanks to Rosalie Knecht's clever, hilarious writing, you'll find yourself wanting everyone you know to read it so that you can discuss together the wholly original, brilliantly subversive character that is Vera Kelly.' — NYLON

Eve Langley and the Pea Pickers

The Wedding Heard 'Round the World: America's First Gay Marriage