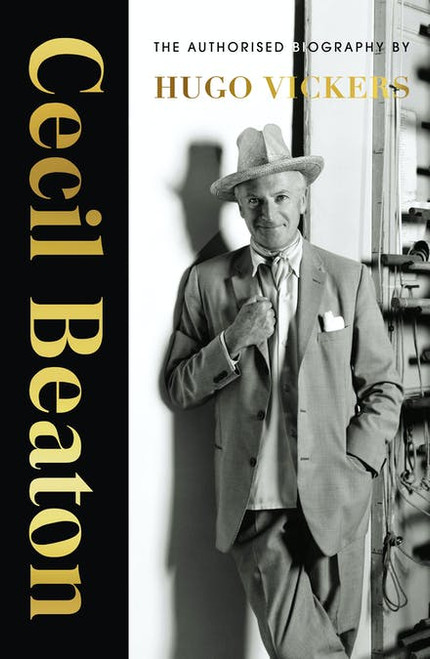 The definitive biography of Cecil Beaton, the celebrated British photographer and designer who enjoyed immense international fame and lived a glittering life. Republished in a new paperback edition in time for BRIGHT YOUNG THINGS, a major exhibition at the National Portrait Gallery in 2020,

CECIL BEATON is the definitive and authorised biography of one of the world's most fascinating, famous and admired photographers. Cecil Beaton was one of Britain's greatest cultural icons - not just as a photographer capturing some of the most celebrated portraits of the 20th century but also as designer of the iconic sets and costumes for the films MY FAIR LADY and GIGI.

In 1980, Beaton personally chose Hugo Vickers to be his biographer, entrusting him with his diaries and the entire body of letters he had written - both personally and professionally - over the course of his life. Drawing on five years of intensive research and interviews with the likes of Audrey Hepburn, Truman Capote, Princess Grace of Monaco and Sir John Gielgud, Vickers' biography was an instant bestseller upon its publication in 1985. Exploring Beaton's metamorphosis from being the child of a staid middle-class family to an international figure mingling with the glittering stars of his age, the biography also details his great love for Greta Garbo and reveals his private sense of failure that the success he always wanted - as a playwright - eluded him.