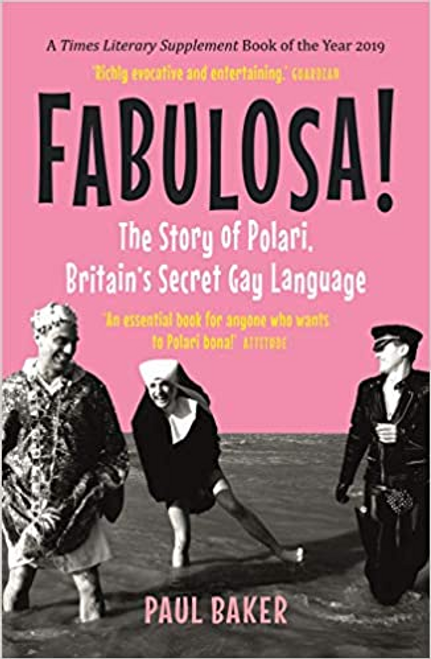 **A Times Literary Supplement Book of the Year**

“An essential book for anyone who wants to Polari bona!”—Attitude

Polari is a language that was used chiefly by gay men in the first half of the twentieth century.

It offered its speakers a degree of public camouflage and a means of identification. Its colorful roots are varied—from Cant to Lingua Franca to dancers’ slang—and in the mid-1960s it was thrust into the limelight by the characters Julian and Sandy, voiced by Hugh Paddick and Kenneth Williams, on the BBC radio show Round the Horne (“Oh hello Mr Horne, how bona to vada your dolly old eek!”). Paul Baker recounts the story of Polari with skill, humor, and tenderness. He traces its historical origins and describes its linguistic nuts and bolts, explores the ways and the environments in which it was spoken, explains the reasons for its decline, and tells of its unlikely reemergence in the twenty-first century.  With a cast of drag queens and sailors, Dilly boys and macho clones, Fabulosa! is an essential document of recent history—a fascinating and fantastically readable account of this funny, filthy, and ingenious language.

"Baker intersperses his account with snippets of interviews with Polari speakers, whose firsthand recollections are invariably arresting and funny. He is partial to a spot of innuendo himself, and manages to slip one in every now and then . . . [T]here is some evidence that the language persisted into the 1980s and ’90s in theater circles, and it continues to enjoy a healthy afterlife as a cultural curio—of which this delightful book is just one manifestation."-Financial Times
"Polari, like some admirably resilient weed, will not die. . . . It is as much for its vocabulary as for its sociological vagaries that we read Baker’s always illuminating book. . . . Fabulosa!"-Telegraph
"Though a language smacking of Carry On films and saucy seaside postcards, it’s the tragic torment and harassment that gave rise to Polari in the first place that must not be forgotten and which is why this book is important."-Daily Mail
×

The Door and Other Uncanny Tales