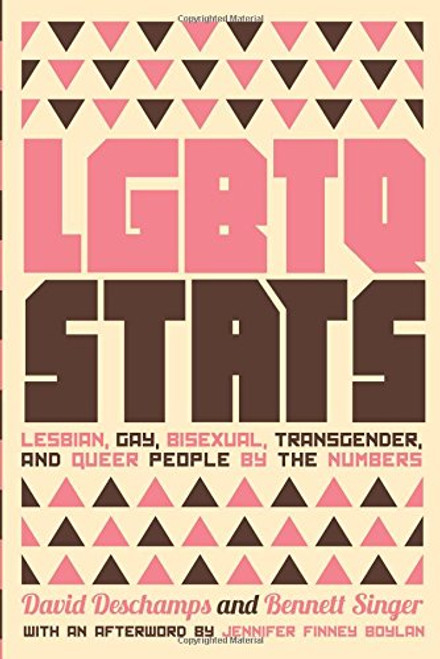 Twenty years ago it was impossible to imagine the president of the United States embracing same-sex marriage or Bruce Jenner transitioning to Caitlyn Jenner, an open transgender woman.

''LGBTQ Stats'' chronicles the ongoing LGBTQ revolution, providing the critical statistics, and draws upon and synthesizes newly collected data. David Deschamps and Bennett Singer - whose previous books and films on LGBTQ topics have won numerous awards and found audiences around the globe - provide the important facts and figures arranged according to themes. These include : Activism, Politics and Law; AIDS; Bisexuality; Health and Aging; Marriage and Family; Media; Public Opinion; Religion; Sex; Sports and Leisure activities; Transgender issues; Violence; Workplace issues: and Youth and Education. A chapter on LGBTQ life around the globe contrasts the dramatic progress for LGBTQ people in the United States with violent backlash in countries such as Russia, Iran, and Nigeria, which have discriminatory laws that make same-sex activity punishable by prison or death.

A lively, accessible, and eye-opening snapshot, ''LGBTQ Stats'' offers an invaluable resource for activists, journalists, lawmakers, and general readers who want the facts and figures on LGBTQ lives in the twenty-first century. Also includes an afterword by Jennifer Finney Boylan (author of ''She's Not There : A Life in Two Genders'')

Lies We Tell Ourselves

Letter of the Law