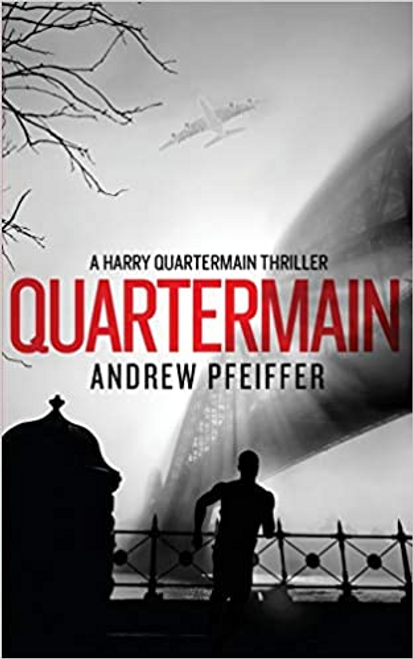 Wasn’t sex on the run the best way to release tension? Quartermain mused ... a minute or two of enslaving this handsome Texan jock, certainly wasn’t unappealing.

Meet Harry Quartermain: a dashing but deadly bisexual French-Australian spy, sidelined by his CIA bosses as a loose cannon.

When Quartermain’s handler orders him to track down the world’s most wanted terrorist, Mohammed Ihraz, he sees the chance to redeem himself and have a little fun in the process.

But then a cargo plane carrying vials of a deadly flu pathogen crashes in the South Pacific, and the French Secret Service calls him in to investigate. How and why did the crash happen? Where is the wreckage – and the rogue virus? And what’s the connection to the airline’s media mogul owner?

As Quartermain is drawn back to his Outback homeland, pursued by Ihraz, he’s forced to confront painful memories of his mother and sister, and finds himself at the centre of an unthinkable conspiracy which threatens the lives of millions.

Can Harry Quartermain make peace with his past and save the future of humanity?

Quartermain is the first book in the forthcoming series of globetrotting contemporary spy thrillers.

If you like exotic locations, complex crimes, and cultured lead characters with sharp tongues and spectacular combat skills, then you’ll love the first instalment in Andrew Pfeiffer’s thrilling new serial.