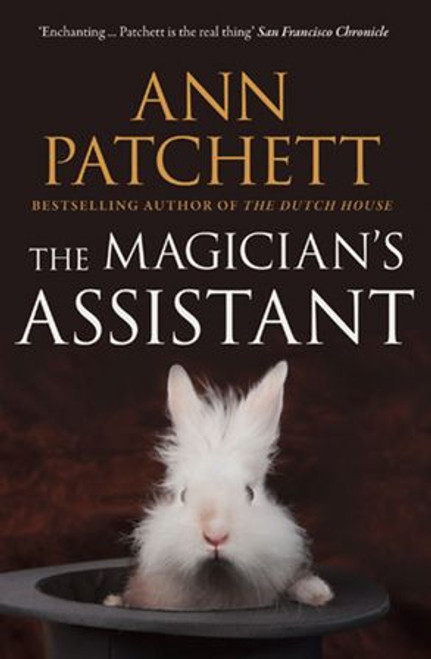 Third – and breakthrough – novel by an acclaimed American writer with an enchanting, quirky voice. ‘The Magician's Assistant' is at once a love story and a brilliant portrayal of reinvention about a magician who dies leaving his assistant/wife to discover he has lied about his past.

A magician (with one memorable appearance on the Johnny Carson Show to his credit) takes the name Parsifal. He is gay. He has a Vietnamese lover, Phan. When Phan dies of AIDS, Parsifal marries the woman who has always adored him and who has lived with them both, his assistant Sabine.

Then Parsifal himself dies in California, suddenly and shockingly, of an aneurysm. Parsifal always said that he had no living family and that he came from wealthy upscale Connecticut stock. The reality is very different, as Sabine learns from his lawyer. He came from a poor Nebraska family and they are very much alive. Indeed his mother and sister are on their way to California to meet Sabine, the daughter- and sister-in-law they know nothing about. It is bad that her husband has died. What Sabine must now cope with is coming to terms with his horrific past and the reason he divorced himself from his family and roots.

The Confessions of Frannie Langton