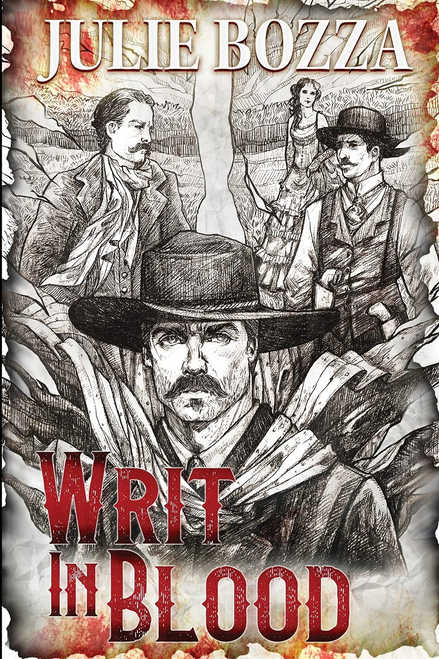 Courage. Honor. Loyalty. All fine things, but they’ve led John Ringo to kill a man. He was raised right and he knows he’s not a murderer, but it’s already too late. He’s lost his soul, and his demons are real.

Doc Holliday is fascinated by this man who claims to have a demon lover – the son of the Devil, no less! Doc promised himself a few months of debauchery before he meets up with his dearest friend, Wyatt Earp – and the troubled Johnny Ringo is as dissolute as Doc desires. In between times they talk, and Doc suspects that he alone can see Ringo’s complexities and help him understand himself. The affair grows dangerously close to meaning something… But Doc’s deep-seated love for Wyatt outweighs his affection for Ringo, and they part, despite Doc assuming that Wyatt will never return his feelings in kind.

Which leaves Johnny Ringo prey to his demonic distractions. Imaginary or not, if this creature abandons him, too, then surely his sanity is forfeit – and what will his life be worth then?

This Queer Weird West novel follows these three along the complex trails that lead into and out of Tombstone, Arizona in 1881.

Closet His, Closet Hers

The Fickle FInger of Fate

Beautiful Country A Memoir of An Undocumented Childhood

The Collected Stories of Shirley Hazzard